Chicago recently shut down 50 of its schools in the largest single wave of public school closures in history. So why is the city now trying to open more charter schools?

The Chicago Board of Education voted to close 50 of the city’s public schools in May after charging that some city schools were being “underutilized” and should consolidate to save resources. In the wake of these closings, critics panned the idea of opening new charter schools.

Public school advocates have long charged that the closing of public schools — and the call for more charter schools — is part of elaborate scheme to privatize education. While charter schools are funded by public money, they are operated by private organizations and are usually not unionized.

“We are not surprised at all by this,” said Chicago Teachers Union President Karen Lewis to Chicago public radio outlet WBEZ. “We were called conspiracy theorists, and then here is the absolute proof of what the intentions are. … The district has clearly made a decision that they want to push privatization of our public schools.”

Wendy Katten, an activist who is against school closures, told the Sun-Times that some of the so-called “priority neighborhoods” highlighted by the district as potential charter locations already have schools that the district previously debated closing, although they ultimately remained open.

“Some of these priority areas had schools originally on the closing list,” said Katten. She cited the Chicago area of Pilsen as an example and went on to say, “I agree with consulting stakeholders and taxpayers on what kind of schools they want in their community, something this administration has no interest in doing.”

District spokesperson Becky Carroll told WBEZ that “while there were significant population declines in some parts of the city, there were also increases in other parts of the city. … There are many schools that are overcrowded or are facing overcrowding and we need to address that issue as we do any other.”

Public school closings in Chicago have faced opposition on several fronts. In July the Midwest Coalition for Human Rights sent a letter to the United Nations, urging the organization to watch for human rights abuses related to the closings.

A Society with Poor Critical Thinking Skills:
The Case for ‘Argument’ in Education

Researchers have shown that most students today are weak in critical thinking skills. They do poorly on simple logical reasoning tests (Evans, 2002). Only a fraction of graduating high school seniors (6 percent of 12th graders) can make informed, critical judgments about written text (Perie, Grigg, and Donahue, 2005). This problem applies to both reading and writing. Only 15 percent of 12th graders demonstrate the proficiency to write well-organized essays that consisted of clear arguments (Perie et al., 2005).

Critical thinking and argument skills — the abilities to both generate and critique arguments — are crucial elements in decision-making (Byrnes, 1998; Klaczynski, 2004; Halpern 1998). When applied to academic settings, argumentation may promote the long-term understanding and retention of course content (Adriessen, 2006; Nussbaum, 2008a). According to the ancient Greeks, dialogue is the most advanced form of thought (Vygotsky, 1978). Critical thinking and dialogue are often made manifest in the form of argument. Dialectical arguments require an appeal to beliefs and values to make crucial decisions, what Aristotle referred to as endoxa (Walton, Reed, & Macagno, 2008). In all careers, academic classes, and relationships, argument skills can be used to enhance learning when we treat reasoning as a process of argumentation (Kuhn, 1992, 1993), as fundamentally dialogical (Bakhtin, 1981, 1986; Wertsch, 1991), and as metacognitive (Hofer & Pintrich, 1997). Significant differences in approach have emerged as to how best cultivate the skills necessary to form, present and defend an argument. Differences have emerged as to whether the best practices include the use of computers, writing exercises, metacognitive activities, debates, modeling, or frontal instruction. To many “argument” sounds combative and negative but the use of argument can be constructive and generative.

Epistemological understanding becomes most evident when an individual is confronted with uncertain or controversial knowledge claims (Chandler et al., 1990; King and Kitchener, 1994; Kuhn et al., 2000; Leadbeater and Kuhn, 1989). It is imperative that high school students, of diverse personal, moral and intellectual commitments, become prepared to confront multiple perspectives on unclear and controversial issues when they move on to college and their careers. This is not only important for assuring students are equipped to compete in the marketplace of ideas but also to maximize their own cognitive development more broadly. Longitudinal studies focused on high school students (Schommer et al., 1997) show a positive correlation between educational level and epistemological level. Cross-sectional studies demonstrate that educational experiences influence epistemological development and that it is the quality of education and not age or gender that contributes to different developmental levels of epistemological understanding (Chandler et al., 1990; Leadbeater and Kuhn, 1989). Education is therefore key.

Argument is a more complex and challenging cognitive skill for students than other genres of reading and writing, such as exposition or narration. It is also more challenging for most teachers who may not have the knowledge or experience of working with argumentive reading and writing (Hillocks, 1999, 2010). In addition, most teachers try to avoid conflict when it comes to learning (Powell, Farrar, and Cohen, 1985).

Many teachers have observed that students sitting in classrooms today are bored by the frontal authoritarian model of learning. For years, as a student, I was told to take out my notebook and copy what was written on the board. A curriculum in which they are active participants and engaged in democratic, and cognitively challenging for students works better. In the frontal model, teachers provide the questions and answers. In the argument model, the students provide the questions and the answers while the teachers provide the structure, the facilitation, and the guidance. Students gain the necessary skills to be critical thinkers in a complex society with many different agendas, facts, and perspectives. 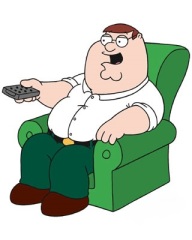 Some argue that too much autonomy is given to students in a student-centered environment. But the risk is much greater with frontal lecture education: that our students master content but do not gain the cognitive, moral, and epistemic development necessary to become autonomous critical thinkers. The choice of reading matter for students is also an important factor. Students are unlikely to develop critical thinking skills naturally when their class reading assignments consist only of narrative and explanatory texts, as opposed to argumentative texts (Calfee & Chambliss, 1987).

The goal of an argument curriculum is to enhance the development of the responsible citizens and the pedagogical methodology consists of cultivating argument skills, epistemic development, and moral development. School-based nurturance of this development will lead to students’ autonomous critical thinking and their formation as responsible citizens. We must invest in the education of our youth. They are our future!

Geology of the Mountains of Madness

By David Bressan ]…we expected to unearth a quite unprecedented amount of material – especially in the pre-Cambrian strata of which so narrow a range of antarctic specimens had previously been secured. We wished also to obtain as great as possible a variety of the upper fossiliferous rocks, since the primal life history of this […]

Come on down these mean streets...

An anthropological approach to all things geek

I Remember You Well

Things were happening... and I remember there was music playing.

This is the place to come for your daily rant about life in the public school system!

Raising the energy level of my physics classes

Data and thoughts on public and private school funding in the U.S.

endless thinking about math and school (and art)

thoughts on education by Grant Wiggins

On an e-Journey with Generation Y

Immersing technology in the classroom and beyond into the globe!

How do people understand computing, and how can we improve that understanding?

A site to discuss better education for all

Reflections on the dynamics of teaching

Thoughts on Literacy & Leadership in Education